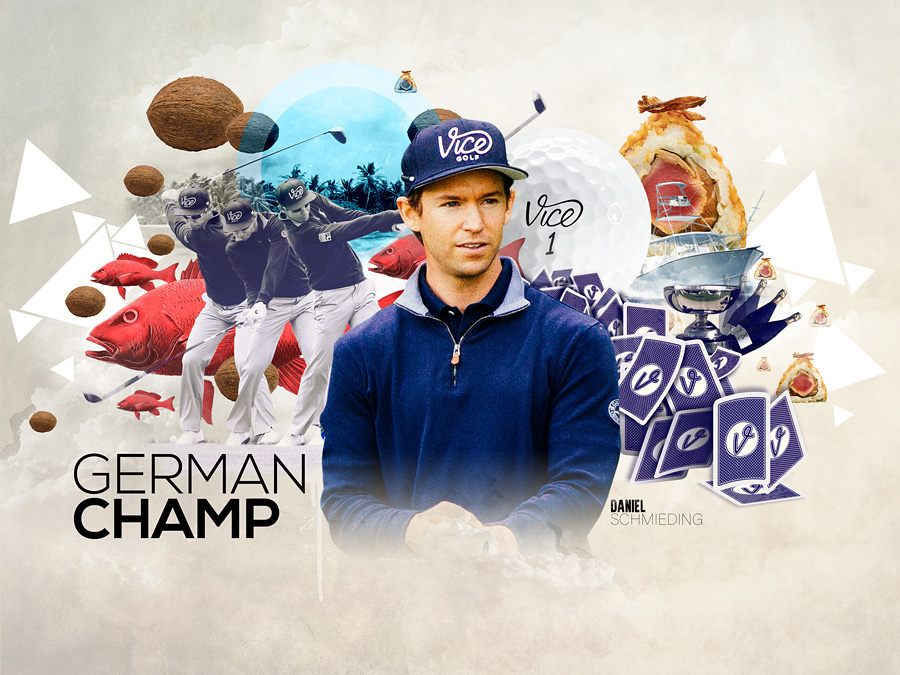 We met Daniel Schmieding on a nice and cozy summer day at his office in a suburb of Munich, surrounded by lab coats and surgical instruments.

Daniel just returned from a business trip and does not know about the birthday cake that awaits him for his 30thbirthday in the cafeteria. Employees gather and sing a “Happy Birthday” song to the friendly and knowledgeable man. The winner of the German Champion 2017 spent the past weeks in his adoptive home in Naples, Florida.

Vice Golf: Daniel, you are a passionate and successful golfer. How did you get to the game of Golf?
Daniel: I began playing golf when I was 4 years old.  My father was also an ambitious golfer and had a zero handicap at the time. We were living right next to a course, so we would spend a few days each week practicing together. There were many young kids and friends involved in golf at this time, so it was as much a social place to be as it was a place to play golf.  Many of my closest friends today are those I met before I was 10 years old, on the golf course.

Yet, my biggest accomplishment over the years was never to have missed a cut in any amateur or professional competition.

What are your biggest vices besides golf?
Growing up in Naples, Florida, I spent more time on the ocean than on the golf course. I developed a passion for sports fishing and spearfishing. I moved back to Germany in 2011, and definitely miss my time on the ocean more than anything else.  I try to make one trip each year to spearfish and hunt some big fish. 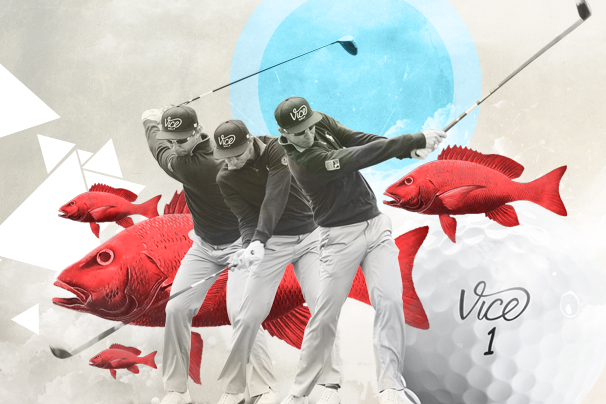 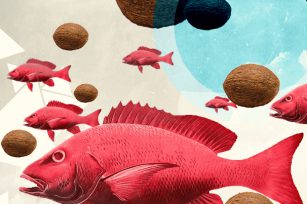 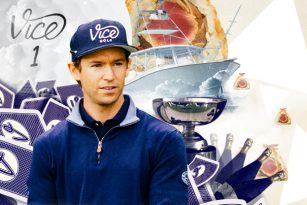 Another Vice I have is my passion for poker. During my time in University 2005-2009, the beginning of the internet poker boom began. A group of friends and I from an investment club decided to intensify our skills, and we were quite successful. Many of them financed their college tuition through poker, and others went on to become professional players after graduation. I love the competitive element of poker.   Similar to in golf, in poker you will rarely find an opponent at the other end of the table not giving 100%.

How are your idols in the world of sports?
My biggest idol in the world of sports has always been Roger Federer.  Roger is an exemplary champion – modest, unobtrusive, stylish and dominating.  In the world of golf I admired Tiger Woods for his ability to dominate his opponents, and also now Jason Day for his “out work everybody” mentality which has proven successful for him.

What other sports do you exercise besides golf?
In addition to golf, I also play competitive tennis in a league in Munich. Entering college in 2005, I wasn’t sure whether to play tennis or golf but decided for golf because I decided this is a sport I can play my entire life.

What is your favorite place?
My favourite places to be are:

What is your favorite dish?
Anything extremely fresh, natural, and healthy. I love avocados, fresh fish, ceviche, sushi, coconuts. My most memorable meal was a dinner on the beach featuring: fresh snapper and octopus, grilled, with freshly picked avocados, chilies and limes.  Only the olive oil was not coming from that beach!