Mark Timberlake is one of Germany´s best greenkeepers. Inspired by greenkeeper legend Jim Arthur, Mark and his team make sure every morning that greens are fast and honest which results in a regular chorus of praise – as well as four-putts and frustration.

The native Brit (50) from Buckinghamshire records more than 30 years of course management in Great Britain, Cyprus and Germany where he spent most of his professional career. Among his achievements is the “Best Greenkeeper Award”, awarded by the EPD Tour in 2013.

We meet Mark and his team at the Final Four event of the German Team Championship in Cologne, Germany, where he gleams with pleasure not having to get up at 5:00 a.m. but to just enjoy the outstanding event as a spectator instead.

He shares some insights of the life of a greenkeeper and eliminates some prejudices.

Vice Golf: Mark, in the past years, the grand final of the German Team Championship were hosted at your home course in Lich, a small city close to Frankfurt – people were amazed by the quality of the course and the greens and praised them to be the best greens they had ever played on. What makes a green a good green?
Mark: Trueness is the key for all players, speed is a bonus. As a course manager, large greens are great for traffic control. Slopes provide a challenge for player’s strategies and skill levels plus entertainment for the greenkeepers. (laughs) 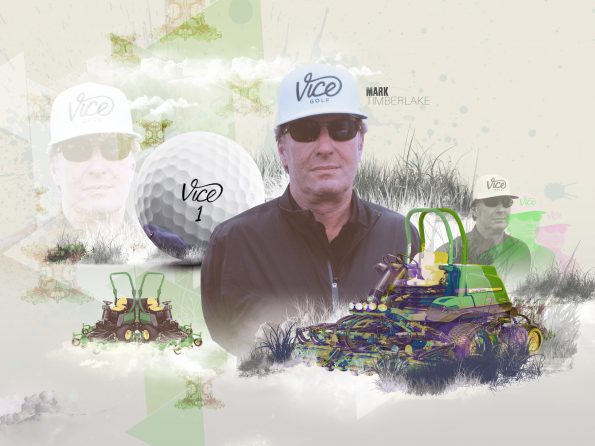 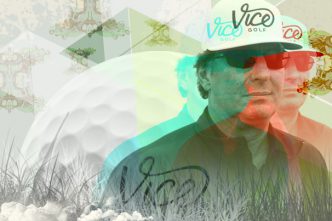 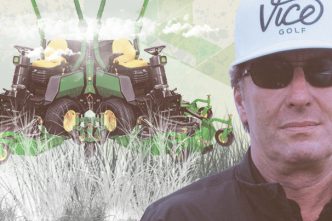 What made you become a (star-)greenkeeper?
Mark: I am not a star but I have been called a few four letter words before (but never mind). It’s a combined effort from all staff and the desire to provide an entertaining, fair and competitive course for all standards of golfers under environmental and financial restrictions. This is the challenge I adore.

At this year´s venue of the Final Four, greenkeepers are up and working before sunrise. What does your daily routine look like?
Mark: No two days are the same. During the golfing season, I normally start with a coffee and a smoke at 5:15 a.m. and check the weather forecast. This is followed by a 15-minute course inspection and a consultation with my team on the day´s work program. At around 6:00 a.m., I am sending out the lads on their way with some instructions on how the set up should be. After that, I check the irrigation systems and fertilizers before heading over to my office for paperwork.

How can you be fully awake at 5:15 am? Is music the key?
Mark: Yes, every now and then I listen to Motörhead … and loud!

What do you like most about your job?
Mark: I really love working with the environment to produce an attractive venue where people can enjoy their sport and free time. Besides that, it is a joy to set up a course that challenges the best players – especially in the past years during the Final Four where more than 80 Scratch Golfers played the course.

Looking at the opposite, what do you not like about your job?
Mark: I hate arrogant golfers. And I strongly dislike the modern trend of bitching over pin positions (it’s the same for every one)!

What was the greatest accolade about greens that were prepared by you?
Mark: Golf World magazine described my greens as “faster than a cheetah on heat” back in 2013. After the first day of a professional event, one of Germany´s promising professionals Benedict Staben mentioned that the greens and the course are magnificent – on being asked if he played well he replied not today maybe tomorrow. After being level par after six holes on final day, he went on to shoot a course record 62!

How do you spend your free time?
Mark: Music, riding my motorbike, travelling and reading – but the most I love cooking Asian food!

What is your biggest Vice besides the work you do?
Mark: Black Humor (laughs)