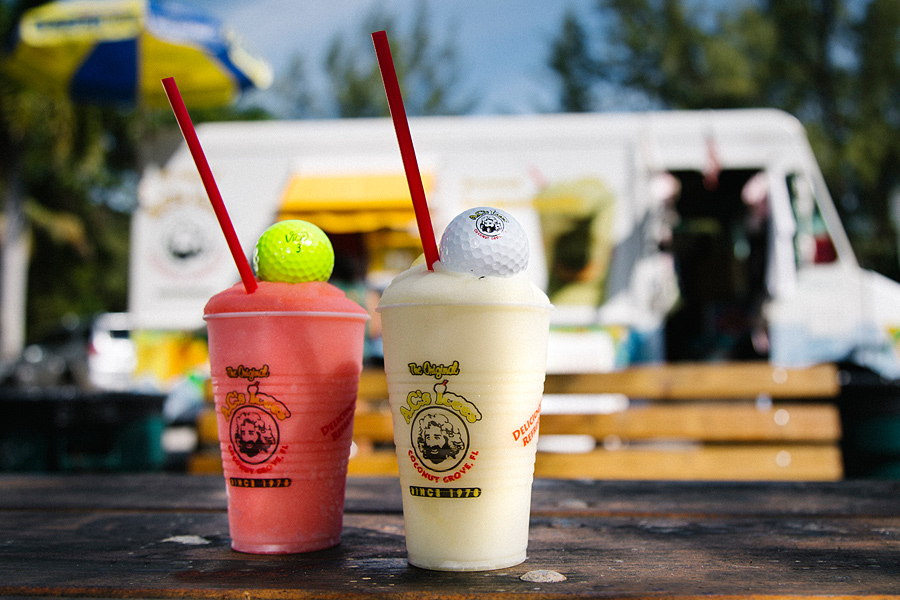 A.C.´s Icees has been an institution for frozen lemonade for almost four decades. Located in Coconut Grove´s Kennedy Park, the white truck with the fancy lettering on the outside is open from Monday to Sunday, every week, every month, 365 days a year.

Whenever our team travels to Florida, they make sure to spend a good amount of time in Miami, in particular in Coconut Grove and step by some gorgeous places. This year, the release of our neon-lime and neon-red golf balls very much reminded us of their lemonade and cherry/strawberry flavoured colors of A.C.´s Icees. We rented bikes, met the owner Allen Cohen, and had a good chat and took pictures – strictly under his watch so that no secrets of his recipes would be unveiled. 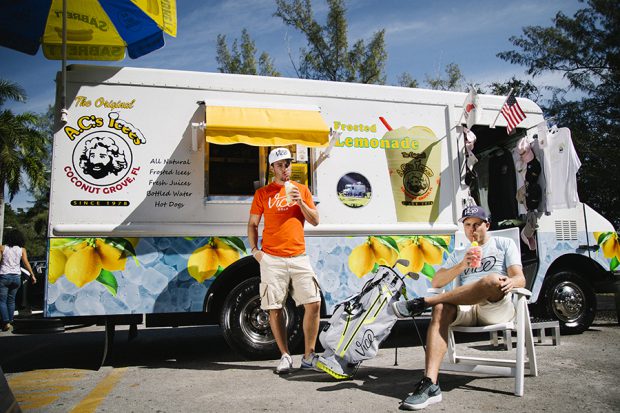 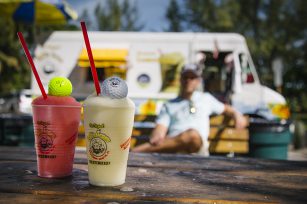 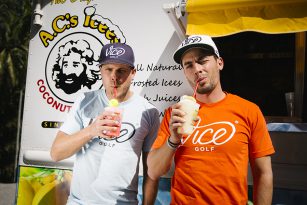 The owner, originally from Michigan, escaped from the cold in the late 70´s and started off his business in the recreational Hundepark in Coconut Grove. The different flavours are squeezed freshly every morning; all fruit juices are whipped to the right temperature and put into the coolers inside the truck, ready to be scooped out. We love the taste, the colors of the frozen ice, the style and the fact that Allen simply took the risk, went to Miami and gave it a try and succeeded.

So do strollers, screaming kids, business men, tourists and many more who gather at Allen Cohen´s truck and enjoy frozen pina colada, cherry or lemon ice every day. A unique mix of people makes A.C.´s Icees as special as the idea that started this business.

Things have changed since he started off. Back in the late 70´s, Allen had difficulties getting a licence to sell frozen ice in a recreational area like Kennedy Park in Coconut Grove. After receiving a mobile concession permit,   Allen was able to stay and grow his popularity – and has become an icon in the Grove. On different anniversaries, Allen Cohen was congratulated on being a notable figure in the community.

Whenever we leave Miami, we look forward to coming back as we are sure that A.C.´s Icees will still be around.