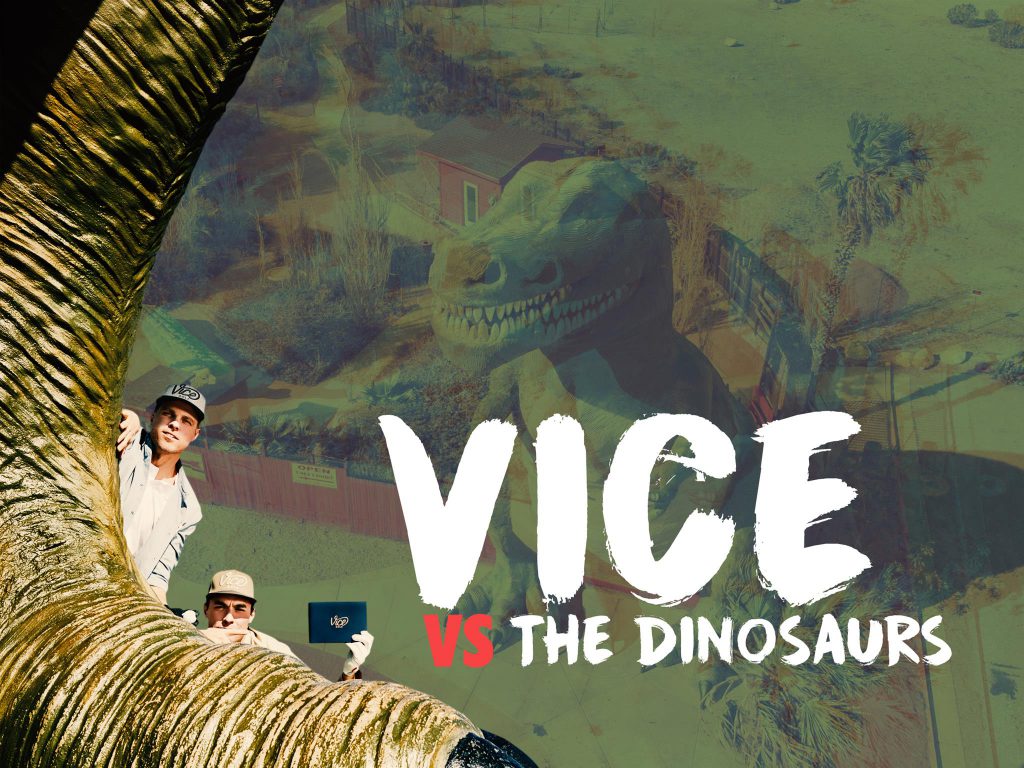 In the California desert, which turns out to be bitingly cold in February, Ingo Duellmann and Rainer Stoeckl pose defiantly and self-confidently in front of the gigantic, commanding life-size dinosaurs which leave visitors looking on in awe and respect.

Shortly before departing Los Angeles for Las Vegas, our attention was drawn to an out of the way dinosaur park, which is probably primarily intended for enthusiastic children and adults with strong-nerves, but gives us an opportunity to illustrate the battle of “young vs. old” in the golf industry.

The drive just before sunrise makes the usually packed streets of Los Angeles look spookily empty. Arriving in dinosaur territory in the soft morning light, jogging bottoms and jackets are exchanged for modern, edgy outfits, true to the slogan “We are exploring new, innovative distribution channels to make golf more attractive and affordable—in the fight against the dinosaurs!” 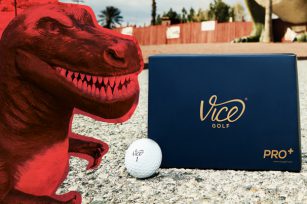 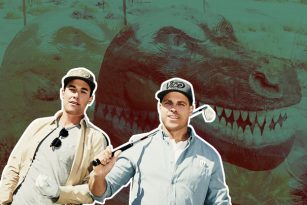 “The dinosaur analogy is perhaps a bit far-fetched,” one journalist said briefly, “but not completely unfounded. The sales concept of the golf industry has barely changed for an eternity.”

The comparison between dinosaurs and Vice Golf is easy to explain: instead of releasing new products at regular intervals, presenting them at trade fairs, bringing them to retailers a couple of months later, and selling it all to customers by expensive sponsorships of pros, at Vice Golf, we’re choosing a different path. Our way allows golfers to pay lower prices for golf balls, without having to sacrifice quality. Here, all the expensive aspects of the value chain are trimmed back; balls are sold exclusively online at www.vicegolf.com, and instead of the expensive world-famous stars, sponsorship is focused on young, wild talent who could become the stars of tomorrow with Vice Golf.

Together for Premium Quality

With further improvement and adjustments, Vice’s 2018 ball range will give even better results and be even more strongly differentiated, so the balls are matched to a specific type of player. The cast urethane outer layer of our Vice PRO, PRO SOFT and PRO PLUS premium range was developed with the help of experienced international engineers, so despite the extremely thin outer layer, the durability of the shell as well as the feel in all areas of play have been improved. In particular, new fertilizers recently approved for American golf courses, increase the friction between ball and grass at the point of impact and as the ball lands, thereby harming the outer layer of the cast urethane ball. In numerous tests, the composition of the outer layer of the ball was changed so as to maintain the performance of the ball whilst improving its durability.

However, Vice golfers don’t have to make do without the dinosaurs—those who have the impressive beasts supporting them on the golf course can use the printing tool to print Dino logos onto Vice Golf balls, explains founder Ingo Duellmann with a final grin.