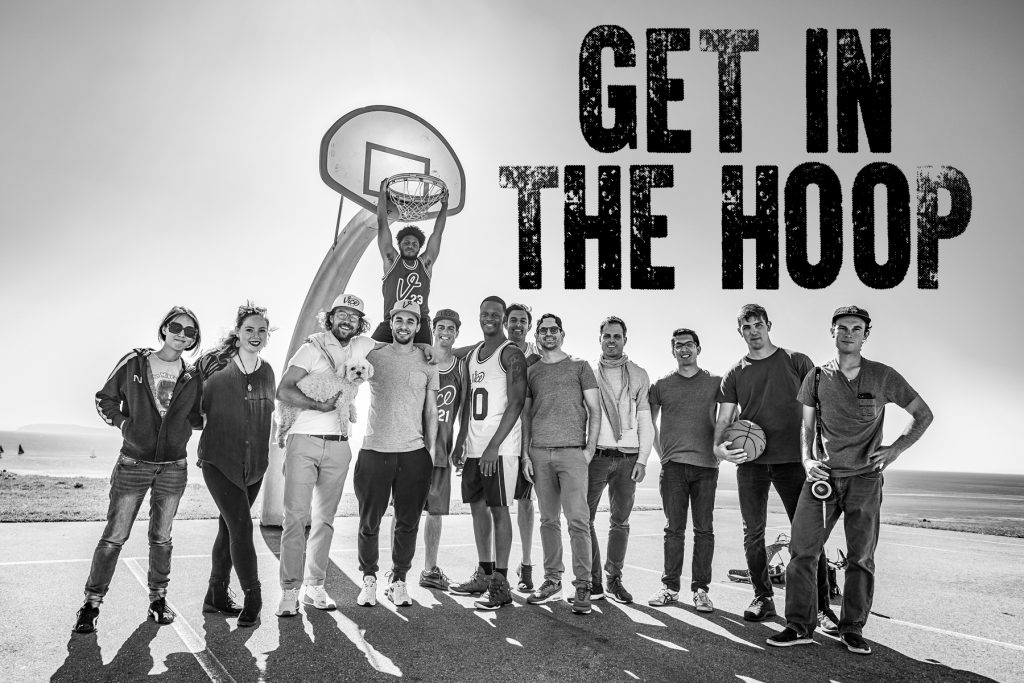 “Basketball, with an ocean view” is how the LA Times described the basketball court in San Pedro. But really, Angels Gate Park is a special place where street basketball can be played with gorgeous natural surroundings, an extraordinary spot for teens and amateur basketball players, and also for some highly competitive 2-on-2 battles. Celebrities like Michael Jordan have been spotted there several times.

When the Vice Golf team arrived at the Angels Gate Park parking lot at 7:03 am on the day of shooting, producer and director Erik Anders Lang was already leaning against his car, laughing. Instead of questioning our German punctuality, he looked around and said, telling rather than asking, “You guys need some coffee?!”

For his next “Adventure in Golf”, Erik Anders Lang, well-known for numerous TV productions, focused on both basketball and golf in one spot. It starred golfing basketball players setting to put both the little white ball – and the big one (there’s a specially made VICE basketball) – in the basket. In the most authentic manner, the basketball players arrived on the court with golfing gear and shoulder bags and started out by impressing everyone with skillful three pointers. For the typical golfer focused on the greatest pastime in human history, a golf ad shot on the basketball court may seem a bit off, but what sounds abstract at first can be explained by looking at the second part of the story. 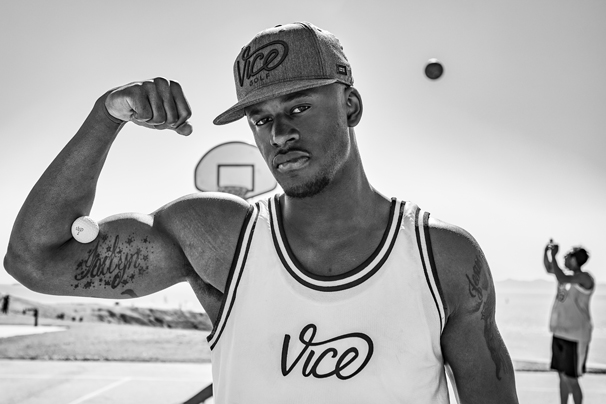 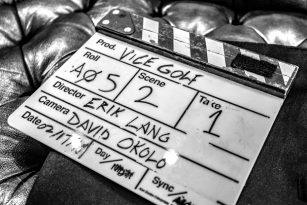 Back to the basketball court: between changing the lighting, the film crew changing batteries, and water breaks for the crew’s dog Snowball, producer Erik kept tinkering with the equipment to make small changes on the set, adding components and taking them out again; he chuckled with delight when he saw the results on the screen and cursed when an airplane in the background messed with the sound recording.

The spot embodies the slogan “Embrace Your Vice” in visual form. Enjoy all that you do, laugh, fight, and be passionate about your work. 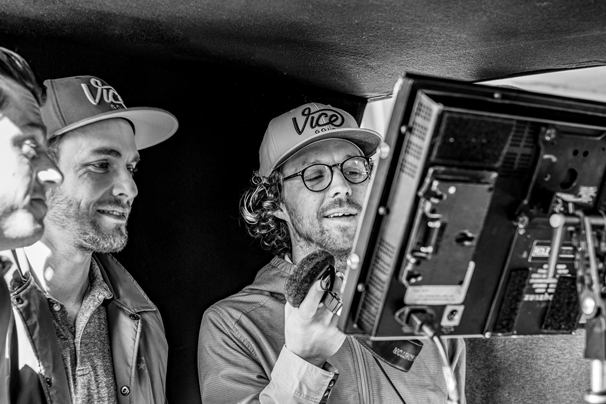 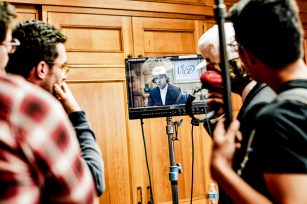 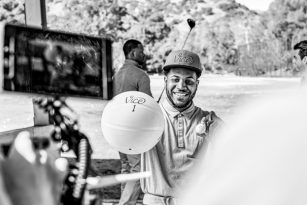 After a quick but filling fast food meal, the action shifted to the nearby golf course in northern Hollywood, which was already waiting for the “basketball golfers”. There, several more shots of the same actors, this time as golfers in basketball gear, were recorded. Dangerous and less dangerous close-ups, various angles and takes vividly captured the Vice experience. The basketball golfers lived their “Vice”, the sport of golf, and celebrated the time together loudly and authentically, which seemed to cause some confusion among the golf aficionados, who watched the spectacle half in horror, half surprised. You could see the traditional golf mantra crumbling as some ventured over to the film crew to see what was happening.

Initially skeptical glances soon softened into smiles of approval as if some were able to get over themselves and realize that their favorite pastime might actually benefit from some more modern elements. As the sun went down, the crew around Erik Anders Lang ended the day of shooting with a big thank you to the Vice crew and everyone who participated.

The result will be available shortly on the GolfChannel, as well as on our social media channels!