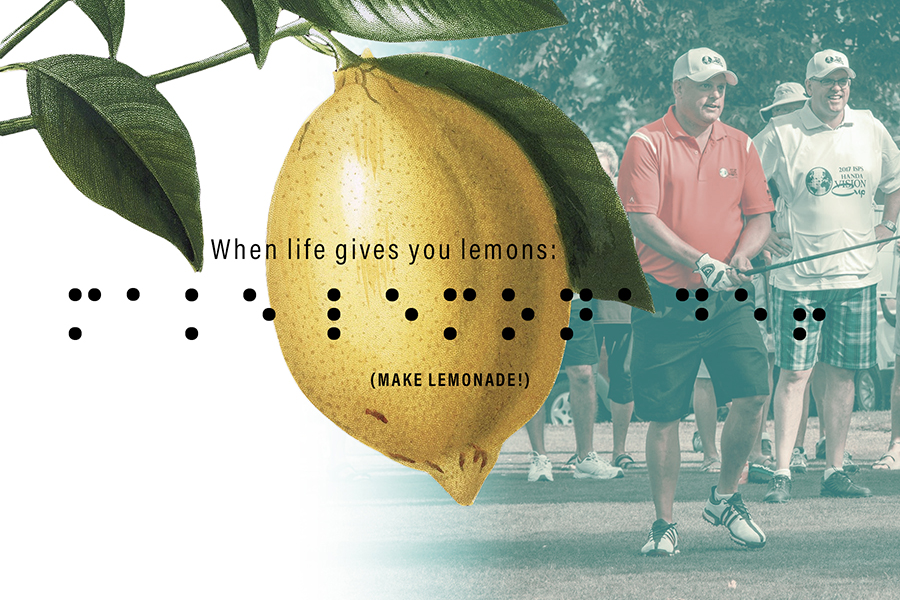 During a late summer evening, Vice Golf believer Darren sent a message to the Vice Golf team writing about the story of his golf life. Darren was diagnosed with a juvenile form of macular generation called Stargardt’s Disease, but never gave up his passion for golf.

Darren grew up with golf, while the parents golfed, he would follow along searching for lost golf balls in the bushes until he eventually started playing at the age of 10 when he joined the club’s junior program, as well as the high school golf teams. In his mid-20s, Darren was diagnosed with Stargardt’s Disease.

Having lost most of his vision more than a decade ago, golf appeared not to be the best choice of sports for Darren – yet, his passion and determination for the game led him to take up the unpleasant challenge and he fought his way back in a formidable manner.

To better understand what Darren experiences in his daily golf life, our team took up the challenge, too and played blind golf on a Sunday afternoon with astonishing results. Hitting a 7-iron with your eyes closed works, same applies for the driver, but where most of us really struggled was in the short game. Holing a 6-footer with a small left to right break is terribly difficult and we thought it was crazy that Darren still shoots below 80 with his vision. This was the moment when we all fortified our opinion on how important feel, consistency and imagination was …

“Playing blind golf takes a lot of imagination and feel. Also, having a strong partner by your side who guides you over the golf course is inevitable to be successful out there”, Darren reasons 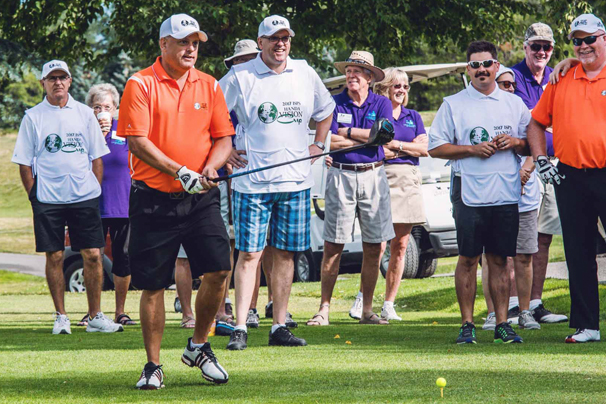 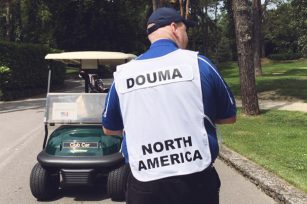 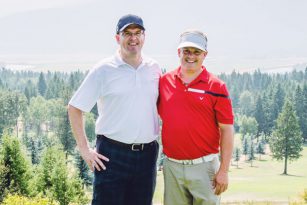 Blind golfers truly rely on their other senses. Although most golfers would agree that ”feel” is a big deal in golf, most of us understand this term on a very high level whereas blind golfers like Darren have an extended sense for feel which compensates the vision.

“The Vice PRO LIME feels so good off every one of my clubs including my putter that I feel like I am compressing and making solid & consistent shots with every club”, says Darren

The results prove him right: Having won the 2018 Nova Scotia Blind Open as well as the Creston Golf Club Harvest Open, Darren is now on his way to Rome, Italy, to compete in the 2018 ISPS HANDA Italian Open, a prestigeous event in blind golf.

Darren claims that his improved consistency results from more confidence and committment he feels when gaming his Vice PRO LIME. More fairways are hit, more shots find the green in regulation and par saves are more common than before. Basically, “you need to be able to wake up at 3 AM in the morning and make the same golf swing that you would do at 10 AM after a healthy breakfast and some practice swings”, he says. Only if the swing is very repeatable, you are able to partially offset the burden of poor vision.

There is a significant difference between a sighted golfer who targets the fairway or the flag and then closes his eyes to conduct a “blind shot” and someone with almost no vision who relies on the volunteer or caddy to tell him the distance, where to aim, the elevation and other factors that people with vision take as given. Therefore, the caddy´s job is also to explain the course conditions for every shot in such a detailed manner that Darren can process this information and convert it into the swing he feels is most appropriate for the situation.

The key to persevere the times when Darren was close to giving up golf was to admire his idols from the past. Being nicknamed “Lefty”, it is not far-fetched that Phil Mickelson is his icon. Making the impossible possible every now and then – especially when unexpected – strengthened the mental connection between Darren and Phil. Like Phil, Darren was always aiming to astonish the people around him and continued to work hard. Especially the 2018 season has shown great improvements and Darren carded his first under-80 round since 2007.

We´re proud to call Darren our customer and will continue to oberserve his path in golf and support him, embracing his vice!