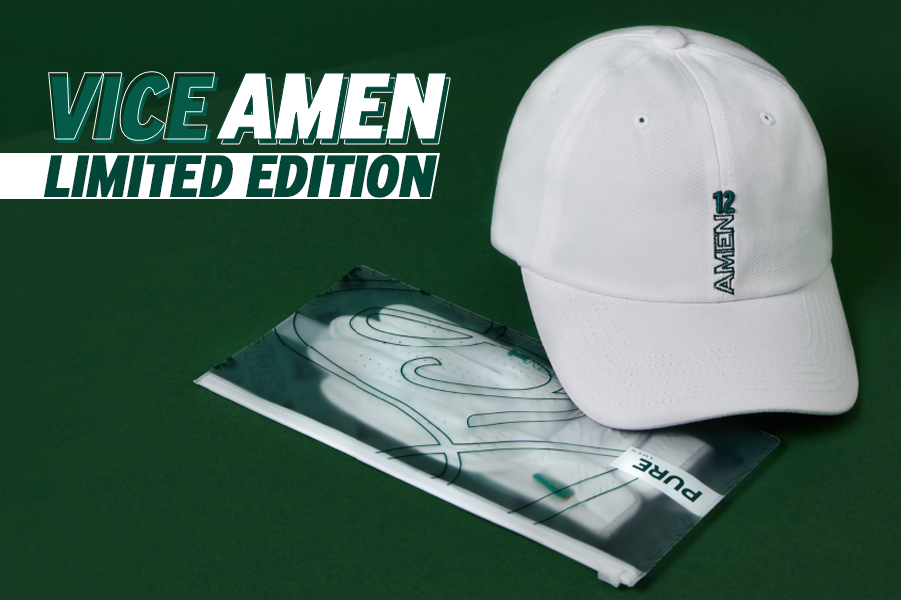 Despite our frosty temperatures and snow in parts of Germany, this tournament wakes up golfers from hibernation. Fittingly, we present our first limited Major Edition of 2021, consisting of the Vice AMEN cap- and AMEN glove.

Any golfer who has ever been on duty as a caddie knows that it is a demanding job – if the player plays a birdie, there is a high-five, if he plays a bogey, it is the caddie’s fault. We sided with the caddies with the edition’s tagline “In Caddies We Trust”, celebrating the work of the important men and women at the players’ bag who, through their preparation from Monday to Wednesday, have a significant impact on the player’s performance from Thursday to, ideally, Sunday.

After the unprecedented rush for our first limited edition glove in 2020, we chose the Vice PURE glove as the object of desire and made some changes that bring this clean, white glove with green details into the color scheme of the first major, but most importantly, reminiscent of the caddies who carry the players’ bags in their white coveralls with green details. The result: The Vice PURE AMEN glove. 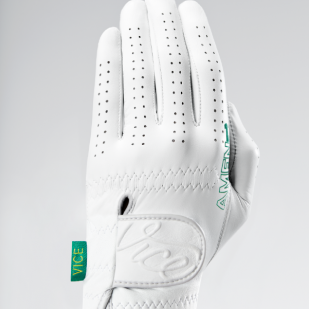 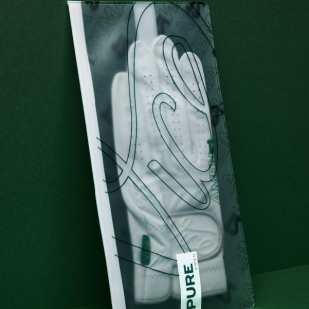 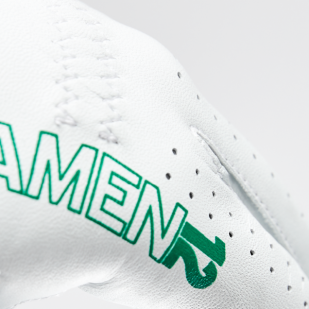 The AMEN12 lettering is positioned as a heat print between the thumb and index finger on the glove, the Vice flag on the side of the glove is dipped in green and a new design adorns the glove closure. Formerly featuring the woven “Do it with passion or not at all” patch, the back of the hand is now adorned with an embossed Vice logo thanks to a special form of piping. The glove packaging also gets a facelift and features an all-over “AMEN12” print on the back, but is transparent so you can already see the Vice AMEN glove from the outside.

In addition to the limited glove edition, we have also started to design the Vice Dad cap AMEN analogous to the glove. The woven AMEN12 lettering on the front and the “In Caddies We Trust” lettering on the side dip into the same color scheme as the glove, only a yellow rubber pin on the cap gives the edition another pop of color to match the tournament. The Dad Hat shape is flexible, bendable, but unlike our familiar Crew Caps it is pre-curved and sleeker in fit. 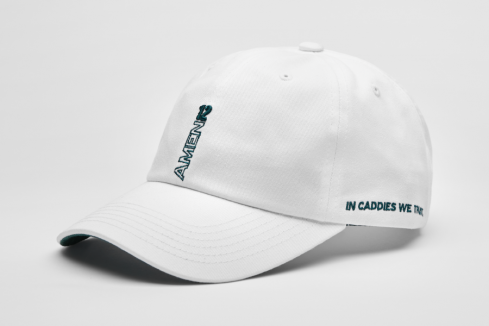 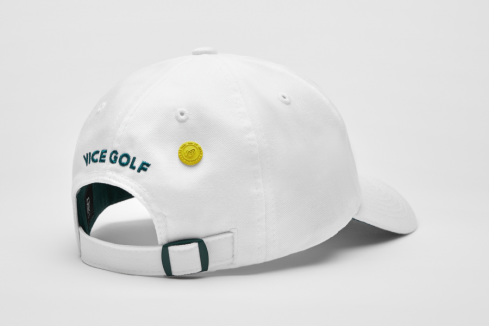 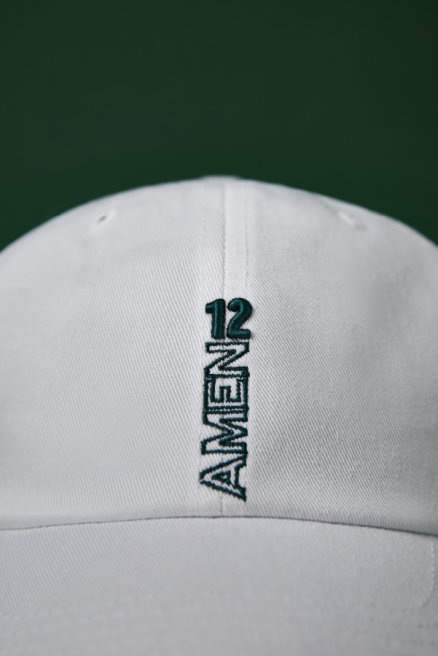 Our anticipation for this edition is at least as great as the anticipation for the TV music that plays every year, the standby images of the director as well as extraordinary moments and shots – legends are born at this tournament, we are excited to see which player will be dressed in green on Sunday evening local time.

Be part of the magic and equip yourself with the Vice AMEN Edition, available exclusively on www.vicegolf.com, starting April 8, 11AM EST.